In 1939 through the Metis Association, the Fishing Lake Colony was established in an area about 165 miles northeast of Edmonton. The first paid supervisor was then hired. This is where my former husband and I were sent with our two children. I could see where I would be of some help to these particular people who were mostly French-Cree or French-Saulteaux extraction. There were a great many families living in their own primitive way, by hunting and trapping and tanning hides. Many of the younger ones had had no education whatever. The school only took the older students ranging from teens to twenty-five. The log school at the time took sixty-five pupils; later the younger students were taken in. However education was not important to many elders of the colony; if there were Indian powpows or rodeos in the surrounding districts, the school children went with the parents and many times the schools were empty. Whatever Grandpa said went. 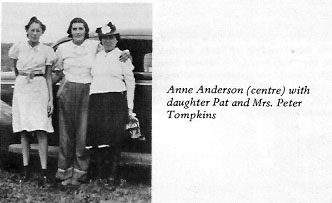 It took time and patience to get organized. Most of the families lived in sod-roofed shacks; later they were given materials to improve their living conditions. The soil was rocky and therefore the cultivation of land was not carried out; a few families raised cattle and horses. The only method of transportation was by team and wagon over roads that were barely passable, with many rocks to contend With, and we were twenty-five miles from the railroad station at Heinsburg.

The Fishing Lake townsite is located between lakes - Frog Lake and Fishing Lake - both of which had plenty of fish. Fishing Lake is known by many for its lovely Jumbo Whitefish ranging to twelve lbs. Frog Lake had Jackfish weighing thirty lbs. Logging was done by those who were equipped, and lumber was sawed for buildings. This was done during the winter and lumber was brought to the homes by sleighs. There was an abundance of hay meadows, but when drought hit the area, many of the meadows were destroyed by smouldering fires which lasted two years or so. There was also an abundance of blueberries which were picked and sold. The land was leased by the government for ninety-nine years. Settlers could improve land, but could not sell it if they were leaving their homes; they could, however, sell their improvements. 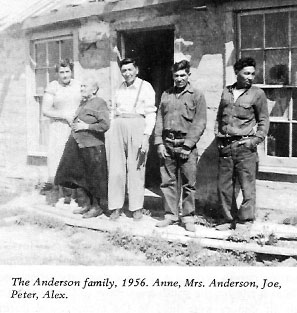 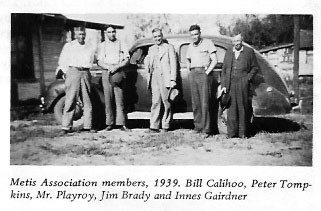 It took time and patience to take surveys on the families and their health condition. There was much sickness among them, mostly T.B. The doctors at the time were Dr. F.G. Miller and Dr. Anne Wiegerinck. They often came some sixty miles to the colony from Elk Point.

The first teachers I remember were Mr. and Mrs. Joe Durand, later Stella Chodin and Mabel Kinch (now Dumont), and still later Mr. and Mrs. McIlwraith. Reverend Father Gauthier was the Father in charge of the church followed by Reverend Father Lavert, who was replaced by Father Roy.

I never saw much of the primitive living of the Metis and Indian until I went to Fishing Lake. The sod roof houses fascinated me and there were many with but one window and barely any flooring. However I enjoyed my work there and many people tried to improve themselves. Entertainment of their own providing, brought about many dances which were attended by neighbors from miles around.

After I left I missed the people in general and I fully enjoyed the six years I spent there. In 1947 I moved back to the city of Edmonton, where again there was much to do to help the Indians of urban areas. The founders of the Metis Association were such as Tompkins, Brady, Norris, Callihoo, Gairdner, Dion, Pearcy and Buck, Dr. Quesnell and Honourable Dr. Cross (the core group located in the city here).