MY TEACHING DAYS AT LAKE WHITNEY AND HEINSBURG

After attending Normal School in 1929-30 I taught the next term at Rimbey. The following three years were spent at Whitney, terms which I certainly enjoyed. We had a proÂ­gram every Friday and I can still hear Donald Lorenson singing, "Come-a-ki-yi-yippy-yippy-ya." I also remember the happy times when I took the whole school down to the lake for a swim. I'd be afraid to do that any more for fear of one of them drowning. Never used to think of that in those days. We had a real good ball team and used to chalÂ­lenge other schools. Fred Maxwell was an outstanding playÂ­er. His dad used to throw the ball right at him so hard. I guess that's why he learned to catch so well. The year that the team picture was taken Ileen Blair passed her Grade IX with honors. 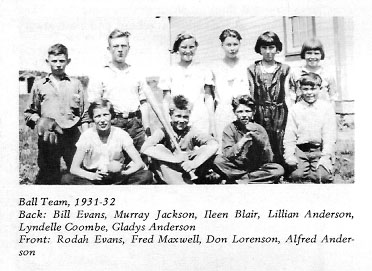 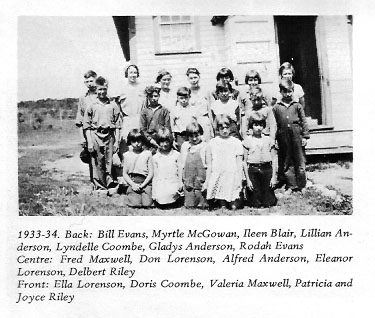 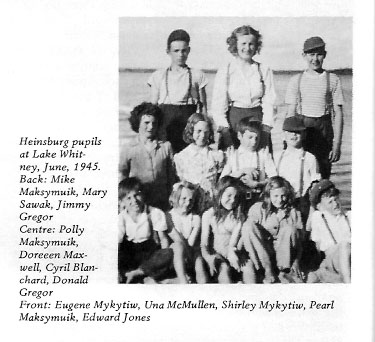