My father, James J. (Jim) Gardner was born on March 12, 1861. In 1913 he came from Arkansas to the Frog Lake district, bringing my mother and I with him, We settled on the S.W. 24-56-4-4 and farmed there until Dad joined the army. He was stationed in Calgary before being sent overseas to England in World War I. I believe he was in the 151st Battalion.

My mother, whose Christian name is Daisy, is a sister to Mrs. Olive Upchurch, who lived with her husband, Marshal , and two children, Zelda and Clifford, on the east shore of Laurier Lake. Uncle Marshal also joined the army and fought overseas. My brother John was born in 1915 soon after Dad had joined the army. 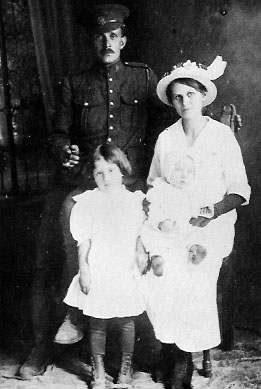 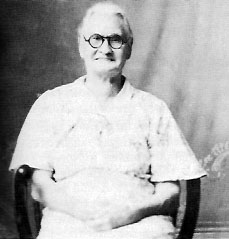 After Dad returned form the war we continued to live on the farm at Frog Lake until 1925. John and I attended the Frog Lake School. In 1920 Dad's mother, Mrs. Lucy A. Hakes, came to Frog Lake. She worked for the Grangers for some time and later kept house for the Fogels at Heinsburg. In 1925 we returned to the States. We came back for a visit in 1928. I never returned to Frog Lake until I spent a brief visit there in 1966. My mother, now eighty-two, lives in Pinehurst, Idaho.