Jack Desjarlais was the first settler of Fishing Lake. He was born in Elephant Stone, Manitoba. He came out to Derwent around the year 1900. He also worked in St. Paul and Vermilion. In the fall of 1905 he came to the area of Fishing Lake; at that time it was not a Metis Colony as it is known today. He found that it was an ideal place for huntÂ­ing, trapping and fishing. Jack Desjarlais was a very good hunter and trapper. His family was always supplied with lots of wild meat. He came out for some hunting, fishing and trapping expeditions in Fishing Lake while his family lived in Derwent. He would take a lot of meat and fish supplies with him when he went back. He had his hunting cabin on the north side of Fishing Lake. In 1911 he went to visit his brother-in-law, Charlie Delorme, who was at the time living at Jumbo Hills. He told him about Fishing Lake and the good hunting and fishing that was available there. At first Charlie and Jack would come out to fish and hunt and return to their homes. Finally they moved their families to Fishing Lake. 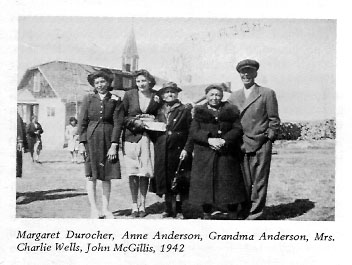 In 1913 Simon Morin moved in, too, but in 1914 moved out again. Simon traveled from place to place for awhile, finally settling in Elizabeth Colony. In 1914 Jean Baptiste Moyah and his brother moved to Fishing Lake from Derwent. These were the first families in Fishing Lake. In 1917 the Deschamps and Gladue families moved in. 1920 saw John Aulotte, Isadore Masson, Joe Berland and Alphonse Pateneaude join the others. From around 1922 Charlie Delorme and the other settlers tried to get land set aside for the Metis people. It was not until 1939 that this was realized. Fishing Lake was the first Metis Settlement. That same year brought in a lot of new settlers such as Felix Calliou, John MacLean (still living, and at present the oldest settler in Fishing Lake) and the Durocher families. Most of these came from St. Paul. This is a little background of who actually found this ideal place for Metis people to live in. 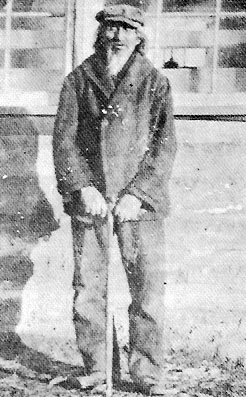 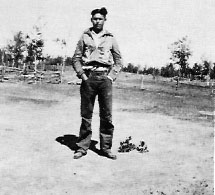