Church life was as old in Frog Lake as its inhabitants. There were representatives from many denominations, Catholic and Protestant alike. There didn't seem to be enough of any one kind to form any large Church, and, as a result ministers from various towns came to Frog Lake Hall, or to the school houses around, and held meetings. Each denomination would draw its own people, watched warily by others and occasionally a good crowd attended, especially on Christmas or Easter.

It was in the fall of 1939 that Rev, and Mrs. Albert D. Marshall, with their son Douglas, came to Norway Valley. They stayed with the Obert Gundersons until they found a house for themselves, as there was no house available for them. Hence they became a part of the community at Frog Lake. Certainly the house was not what the district would have chosen for a "Manse" but it happened that the district didn't choose the Marshalls, they just came. They found a response in the hearts of the people and very soon the Community Hall was the centre of Church services. These finally gave way to the selection of a Board of Directors that gave the community the present Manse (the Abe Granger house from across the road) and the Church (the old Frog Lake schoolhouse). 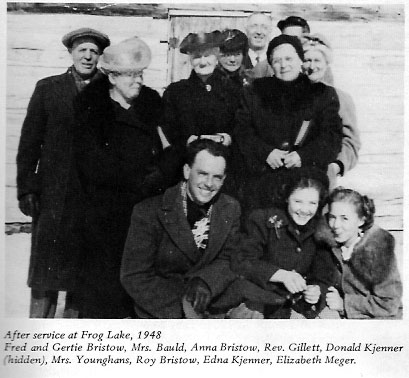 While the Marshalls were at Frog Lake Sunday School classes were held in Martin, Frog Lake, Heinsburg, Greenlawn, Norway Valley and North Park school houses. Lindbergh, Riverside and Lea Park were touched occasionally. When Mr. and Mrs. Albert Marshall moved to Eston, Saskatchewan, in 1946 to teach in the Full Gospel Bible Institute Rev. A.H. Gillett, Rev. G.C. Rosch, Rev. K. Haase, Rev. E. Jones, along with the present pastor Rev. L. Dueck, ministered faithfully, in turn, to this community. As the word of God was so faithfully given forth by these men it found a response in the hearts of many people in these districts. 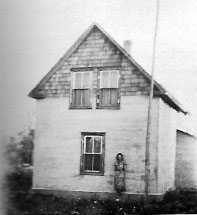 Eldwyne and Gerry Jones with his mother 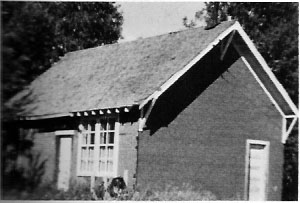 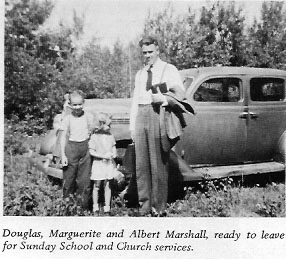 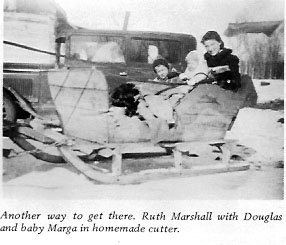 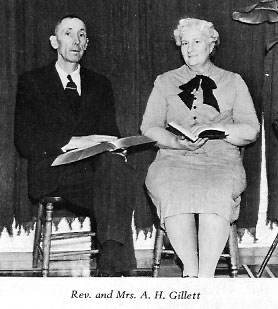