The Martin Goodwill Club was formed in the summer of 1937. Mrs. Ned Womacks felt the need of an organization for the ladies. Mrs. Wm. Franks suggested the name. It is believed Mrs. Womacks was the first President and Mrs. Kittie Dewey was first secretary. The first meeting was at Mrs. Kittie Dewey's home.

Transportation to and from meetings was walking, horseback, horse and buggy and some cars. Mrs. Rushfeldt remembers walking to a meeting through a very heavy rain, her crepe dress shrank up so badly she had to cut the thing off. Grace Franks was sure she saw a bear coming along the road. Her saddle horse became frightened but it was only Nellie Rushfeldt bundled up for the very cold day. 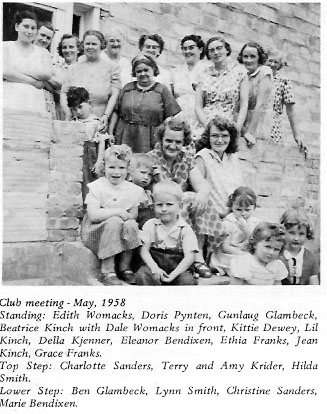 There were good exchange visits between us and Frog Lake Community Club and the Ferguson Flats Ladies Club. Amy Krider was driver on one such trip to Ferguson Flats; there was a real cloudburst so Fred Lorenson had to pull us up the clay hills and saw us safely to better roads. 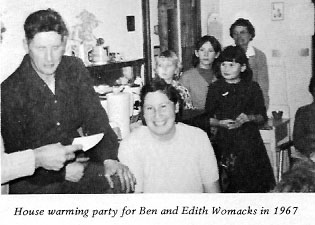 The Martin school house was purchased in 1948 when schools were centralized at Heinsburg. It was named "The Martin District Club House." We used it until it was destroyed by fire on November 15th, 1956, in which Sammy Krider and Douglas Krider were badly burned. A new clubhouse was built later in the 1950's on the same location.

Fund raising activities included bingos, bazaars, quilt raffles, monthly raffles at meetings, birthday money (one cent per year of age), even paying a penny for every inch around the waist, sold lunches at sales, and held whist drives, etc.

Other activities are bridal and baby showers, farewell and birthday parties, housewarming and anniversary parties, Christmas remembrances for our elderly, Christmas and summer gatherings. Donations were made to many charitable organizations such as the blind, Salvation Army, Crippled Children, the Red Cross pier at Whitney Lake, etc. We served at weddings and funerals and help at the annual cemetery clean-up day. We also make and keep on hand a quilt for those unfortunates who lose their homes in fires, of which there have been several during the years we have been active.

Participation in a club is useful, interesting and rewarding. We hope our Martin Goodwill will be carried on for many years to come. 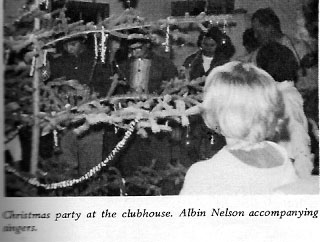 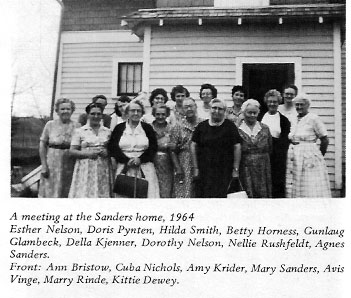 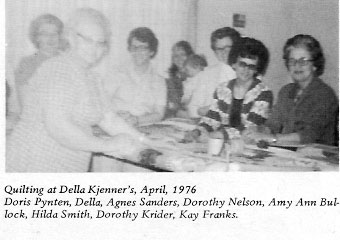