From the Land of the Red and White

On October 9, 1963 the Hon. Mr. Taylor cut the ribbon, and the bridge was officially opened. He was assisted by Hon. Anders Aalborg, M.L.A. for the Alexandra constituency and Minister of Education, who had directed his influence in favor of the bridge. Other government officials present were: Hon. Ray Reierson, M.L.A. for St. Paul and Minister of Labour and Telephones; Ashley Cooper, M.L.A. for Vermilion; and Romeo Lamothe, M.L.A. for Bonnyville. Master of Ceremonies, John G. Anderson, Councillor for the Municipal District of Vermilion River, introduced W.J. Anderson, Reeve of St. Paul County. He in turn welcomed dignitaries: Louis Kapjack, Councillor for Heinsburg; Jack Kelly, Reeve of Vermilion River M.D.; and the government officials.

Check out other information here.

Here are some slide of the day taken by Dr KC Miller: 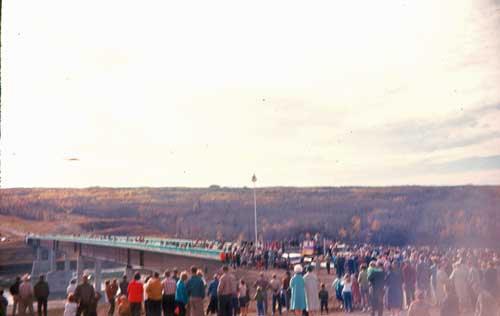 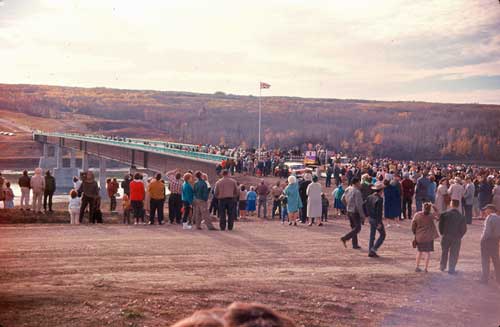 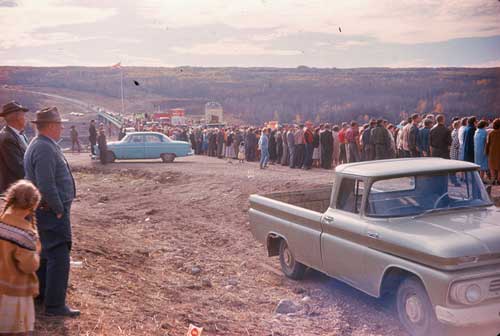 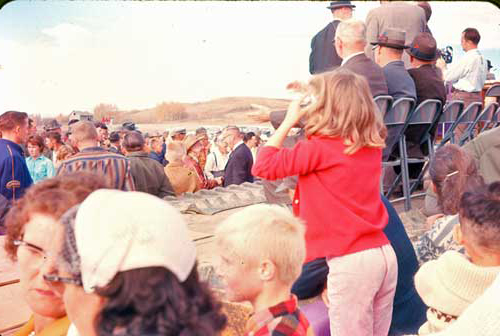 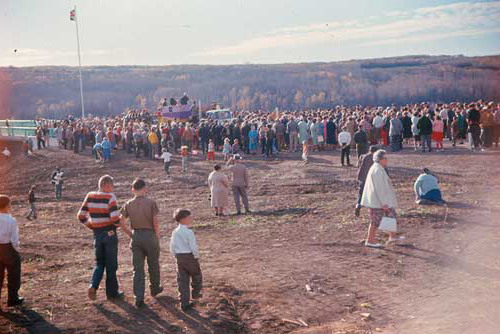