This was the first school that I taught. The pupils were Marjorie and Shirley Rushfeldt, Shirley Ketchum, Albin Nelson, Cathie Boyd, Alvin Womacks, Lois, Eugene and Elaine Arnold.

The Dewey home, just across the road, was like home to me. Mrs. Dewey always had time for anyone who visited there. I often rode to Heinsburg with Mr. Dewey behind a team consisting of a horse and a mule. That year, I received the magnificent salary of $756. The St. Paul School Division had just been organized in January of 1940. Taxes weren't coming in too well, so our salary cheques were, at one time, about ten weeks apart.

For entertainment, there were regular grocery bingos held at the Frog Lake Hall, dances and house parties. In the summer Laurier Lake was quite popular. We had a school closing picnic there. Harry Jenner was a member of the local orchestra.

The big time of the school year was the Christmas Concert. It was held at the Frog Lake Hall. We enacted a play "Snow White and the Seven Dwarfs." I don't know how well it turned out but we surely had fun. 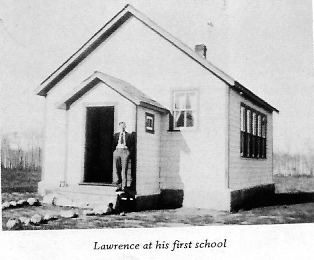 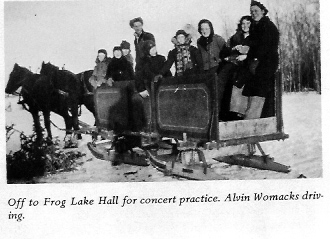 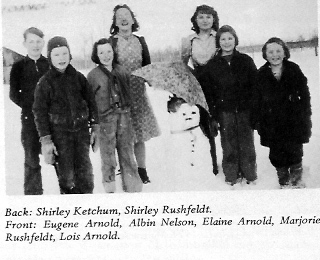 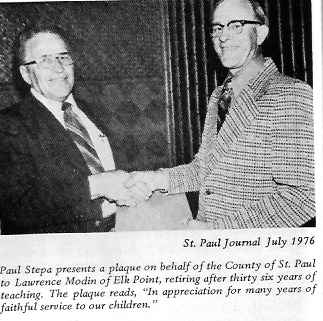