Tommy Johnson was secretary of the Lincoln Municipality for many years. He was approached to write an article re his duties as municipal secretary. He wrote the following interesting letter from his home in Duncan, B.C. "Sunshine Valley", which he refers to, is Lindbergh, where he and his family lived from 1916 to 1953.

It is over 22 years since we left Sunshine Valley and in a few weeks I shall be starting on my 86th year. I find that more and more my memory is taxed by little things like: Where did I put my glasses? Did I answer Pat's letter? etc. ad. lib. so I'm afraid I can't be of much help to your book, but I am happy to help all I can.

I knew Bob Maxwell since he was a little chap coming across the road with his brother John to watch me unhitch the oxen and begin breaking on 1st June 1916, and I was sorry to hear of his untimely end. I had casual contact with a Nichols who played baseball, I think; but I knew Mr. and Mrs. Al Nichols. I think they were related to you; they farmed in the Elk Point and Lindbergh districts and were friends of mine. They wrote to me a few times from Binghamton, N.Y. So we are not complete strangers! 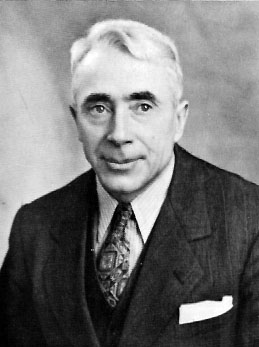 I homesteaded in 1912 about eight miles west of Elk Point but I came to understand that stones, no neighbors, brush and large trees made a poor farm and I bought a quarter of Company land at Mooswa, and my late wife and I had a happy life there and built up a farm of about 1,285 acres. We lost one lovely little chap when he was four years and four months old. He had been injured internally by a bad fall.

In 1912 St. Paul was a pretty good town, several good, two really good stores. A good meat market. And of course the Church was a big establishment long before that. I was amazed when I saw how large it was. But I was in town one Sunday not long afterwards and the number of people pouring out of the church after mass meant 100 per cent attendance. The road was packed full for quite a ways. There was a Land Office on the north side of the main street near the east end. There had been quite a large school for Indian and Metis boys and the district had been a reserve but the school burned down and was not rebuilt. I think I am right when I say the school was a project of Father Lacombe and that when Father Lacombe went back south he put Father Therien in charge. Afterwards Father Therien was sent to Onion Lake. A brother of his was St. Paul's postmaster for a long time. There were two doctors and a surveyor whose homes were in the town. The Brosseau family were very influential and Ed Brosseau's store was satisfactory to deal in. There was much activity clearing and breaking land going on, with oxen and horses the usual power.

Life in 1912 on the homestead was busy but for a person like myself who had spent nearly five years working in city (Dublin, Ireland) offices it was a great relief. There were so many interesting, new objects â birds, animals, the clouds, stones, the odd fossil, and also the absence of cigarette smoke and starving children was a blessing. During my last three years in Ireland I worked in the accountant's office of the Midland Great Western Railroad - freight division and offices were on the docks which my walk to work required me to walk through. I saw the hunger and need for care all around me; sometimes watched some poor youngster sitting in the doorway coughing his heart out and soon to be another victory to T.B. This in a city full of churches and having many wealthy people. I hoped I could produce food and I knew I was going to try. By 1910 I had enough money saved to pay my way to Ontario and there I was fortunate to get work with two farmers named Mills. They were so good to me and patient - explaining the dozens of things I did not know. They were brothers, working adjoining farms their father had given to them. They were about five miles from St. Marys and 8 or 10 from Stratford. The whole country there was coming out of pioneer times - better homes, better barns, better machinery - a meeting of neighbors at a suitable time to play a game of cards and when help to bring bricks from the kiln at Stratford or stone from the quarry at St. Marys was needed the dark morning air was alive with sleigh-bells and men calling out as they passed - "It's me, Jack."

That's all I can take time for just now - pruning and weeding time - If it is not what you want please don't hesitate to write and tell me. Is Mr. Rinde still alive? If he is, please give him my kindest regards and best wishes. He was a very good councillor.