THE MAIL MUST GO THROUGH

At one time, in the early years of settlement of this area, north-of-the-river mail had to be picked up at Lea Park, where it had been hauled from the nearest railroad, at Kitscoty. As the Frog Lake and Heinsburg post offices opened, and the railroad came to Elk Point, then Lindbergh and Heinsburg, changes had to be made. Mail carrier lists include such names as W.F. Stults, Ed Klinkner, Oscar Vinge, and Walter Johnson. Often the mileage one way necessitated a stopover for the night. Horses and men had to have stamina, and they both needed to be well fed to stand up to the trips through all kinds of weather and road conditions.

Walter Sawak relates that when he began hauling mail January 1, 1931, he was paid $35.50 a month for trips on Wednesdays and Saturdays. The train brought the mail to Heinsburg. He loaded up, then headed out of town, crossing "7", east of Frog Lake Hall, and on to the Frog Lake Post Office, located at the top of the hill to the west of Rahall's store, and operated by McDonalds. From there he proceeded south and east past what is now Resler's, past. Atlas's, and on to Ole Tweed's, the Norway Valley Post Office location. After an hour's stop he would retrace the route to pick up outgoing mail. He serviced this route until the mid 1930's; then the Bowtells took over.

At the end of the 1940's Walter again undertook the hauling of the mail, this time around R.R. No. 1, where mailboxes had been put up. Under two separate contracts he continued for a total of eight years. When he quit the pay was up to $60 a month. Later mail carriers included Benny and Brian Kates, Hugo Wenzel, and the Lunguls; Mert Raymond, followed by Oscar Vinge, both forced by illness to give it up; and at present, Jim and Rosemary Vinge. The route includes Tulliby Lake, Sputinow, and Frog Lake, with deliveries on Mondays, Wednesdays, and Fridays to twenty-two boxes. 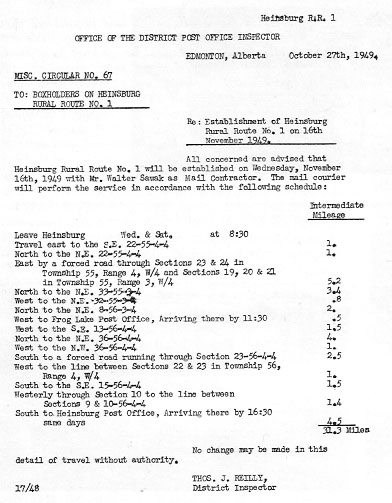 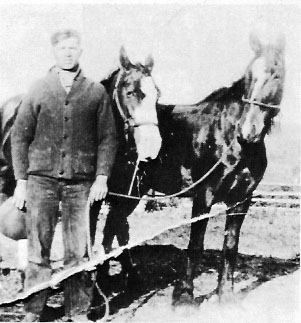 Walter Sawak with his 1932 mail team, Billy and Dolly 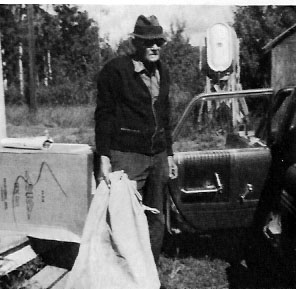