August 1st, 1916 he married Nellie Martin. They didn't have any children. Dave was a hard worker; he broke about 130 acres of that quarter with horses. That time it was free range and he raised quite a few head of cattle. He and his wife did a lot of horseback riding looking after the cattle. He quite often drove the cattle to the market at Kitscoty 40 miles away.

He always had the fattest horses in the country. He and his wife both loved animals and always had a variety of pets. He was the steam engineer for my dad and could line up the steam engine to the threshing machine quicker than most any one. 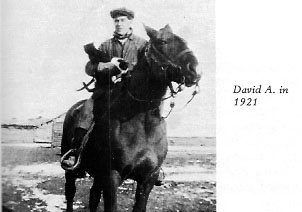 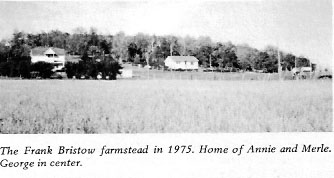