My parents, Marshal Cannon and Olive (Whittenburg) Upchurch, sister Zelda and I were residing in Idaho, U.S.A. where my father was employed in various positions, including lineman and miner. Pop knew Charlie Butz, who told him of the wonderful country up in Alberta. Consequently, in 1912, the four of us landed in Vermilion. Pop got a job at the brickyard for that summer. He then homesteaded N.E. 26-56-4-W4, east of Laurier Lake.

World War I broke out and Pop, along with Jim Gardner, Dalton Bristow, and Bert Tandy went into the service. The three of us spent one summer at Calgary, where Pop was training at Sarcee. Otherwise we were on the farm, having 20-25 acres under cultivation. During the 1918 'flu Mom helped others who were ill but none of us contracted it. Pop got home in 1919 and received a contract to build the telephone line from Vermilion to Elk Point. A C.N.R. strike held up the supply of needed materials but eventually the line was completed. We spent the "bad winter" of 1919-20 in Kansas and it was there that the flu finally caught up with me. When we returned in the spring the snow was still very deep. 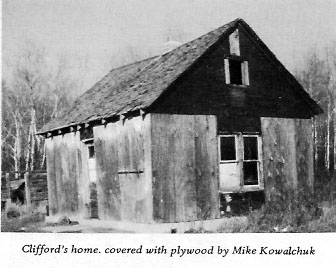 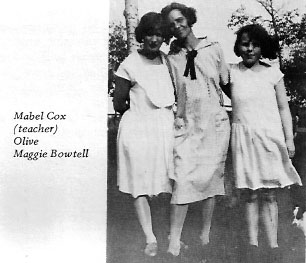 In 1925 we again returned to the States. Zelda remained there and married that year. After about a year and a half we returned to Frog Lake and I bought the Ed Durett place on Laurier Lake (later owned by Mike Kowalchuk). A house was built of squared timbers and in 1929 I broke 60 acres. Pop was councillor for the M.D. from about 1926 to 1930. Mom was secretary of the school board and we boarded several of the teachers in our home.

1930 saw us moving to Rat Lake where Pop hoped to raise muskrats. He got the idea from an ad in the paper. That plan was to be carried out on a share basis and you were to receive a pair of muskrats to get started. Pop did not answer the ad but began on his own by doing some fencing out into the lake with slabs. The project, however, "never got off the ground", as it was too big an undertaking. In those days many offers such as the above mentioned one were being advertised. One asked a membership fee of a dollar. When you paid it a card came in the mail saying, "Your dollar will be used to help bury the Dead Sea." Another offer guaranteed to kill bedbugs if used as directed. For a price you received two pieces of wood marked Block 1 and Block 2. The instructions were: "Place bedbug on Block 1. Hit with Block 2." 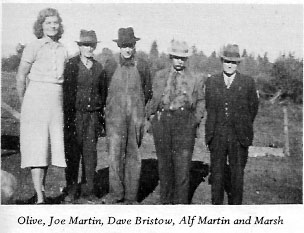 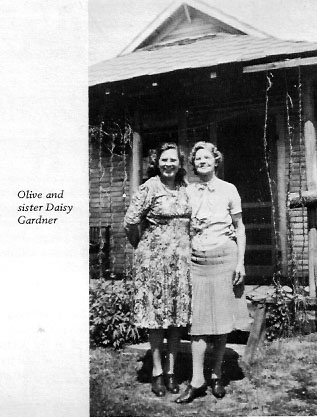 For two years I kept company with Mildred (Mim) Berg and in 1932 we were married. Our daughter, Mona, was born at Elk Point in 1933. We lived on the home place until my folks returned in the spring of 1934. We then moved to the fraction around the lake. In 1936 Pop sold to Nick Bakala and they returned to the U.S. for a visit. He was on military pension and for a short time they lived at White Rock, B.C. Later they settled at Bradner, near Abbotsford, about thirty-eight miles from Vancouver. Pop (68) passed away in 1948 and Mom (70) in 1956. Both are buried in the Aberdeen cemetery, four miles south of Bradner on Highway 1A (nine miles west of Abbotsford).

In the spring of 1975 Zelda and her husband celebrated their golden wedding anniversary at St. Maries, Idaho. He once worked in a lead mine near Kellogg; then they raised beef. They are now semi-retired, involved in truck gardening. They lost their eldest son at the age of nine. Their other son is in real estate and their daughter's husband is a mine bookkeeper and notary public.

Back at Frog Lake our family was increased in 1935 by the birth of a daughter, Yvonne, at Elk Point. We remained on the farm until 1938 when we, too, left for Bradner. There our interest turned to the growing of daffodil bulbs. With 15 to 25 acres of land we grew eight acres of bulbs. This site would be halved and rotated so that we would dig four acres and leave four acres every year. The bulbs were graded, the large ones for sale and the "slabs" for our planting. The use of a greenhouse enabled us to have cut flowers all winter. The daffodil blooms were usually taken from the field at the end of March and into early April. The earliest date, in our experience, was February 27.

As with other occupations there were problems. An insect called the meadow nematode ate bulb roots. In July we would have to fumigate the soil. A special machine deposited a drop of chemical every eight inches, which formed a killing gas in the soil. Tiles had to be installed to overcome poor drainage. Otherwise in low places the bulbs would drown out â or freeze. Another problems was the narcissus fly. It lays eggs in the leaves after the bulb is started and the maggot makes its way to the root. One advantage of growing daffodils is that they could succumb to a touch of frost and flop down, but would later straighten up. We once had three acres of gladiolas. The growing of these flowers requires a great deal of land. Because of soil disease previously used plots must be left idle for a number of years. At one time we also grew tulips. In an average season we would sell 30 - 35,000 dozen blooms to the wholesale. We planted 4,000 to 5,000 yearly for the daffodil show, sometimes paying as high as $28 for one bulb. Sightseers came by the busload from Vancouver and pictures of the fields of daffodils have appeared on calendars.

We retired in 1972 and are now living in Chilliwack. Mona lives in Calgary. Her six children from a previous marriage are on their own and she has a baby daughter from the second marriage. Yvonne had been ill for four years. On May 14, 1975 she died of a brain tumor. She left three daughters.