My folks homesteaded at Frog Lake in 1911. At first we lived in a tent. A mother skunk and nine young ones, all in single file, with tails up, headed for under that tent. It was quite a feat to deter her. Later we built a house. I can remember pans everywhere to catch the leaks when it rained. Our place was a natural stopover for travellers, especially those with sleighs loaded with frozen fish from Cold. Lake. We also boarded the preachers and the teachers. Some preachers were teachers, too. 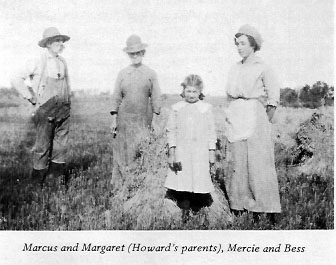 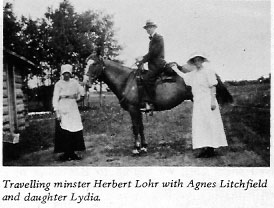 My first teacher was Isabelle Zeggel, now Mrs. Michael P. Patterson, living in Seattle. Another was Linda Richter, who married Jack Litchfield and became my aunt. We left Frog Lake in 1921 for the U.S.A. The Willis family bought our place. I had to leave my pet chicken "Pete" behind. The Nichols girls promised to bury her (we thought first she was a rooster) when she died. She used to come to my bedroom to lay her eggs. The girls kept their promise and sent me a picture of the burial. 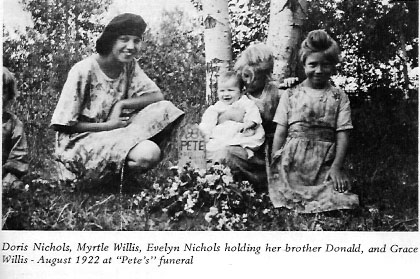 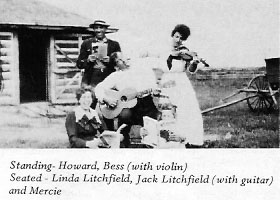 Once when I was quite young Dad had gone to Vermilion, and Mom and I were alone. Being next to the reservation, Mother was frightened when the Indian drums started. She bundled me up and walked to the neighbor's to spend the night. Stories of the 1885 massacre were still in her mind, though it had happened so many years before.

I trained my little dog, Fizz, to pull me around on my sled, an apple box with wooden runners under it. Everything went fine until my father threw a cat down in front of him. Then I ended up in the snow! My memories include beautiful moonlight nights, snow shimmering bright, fat, warm feather beds, sleigh rides with sleigh bells, and warm rocks at our feet, "anti-I-over" and "fox and goose" in the snow at recess, picnics, homemade ice cream, old catalogues, and paper dolls. 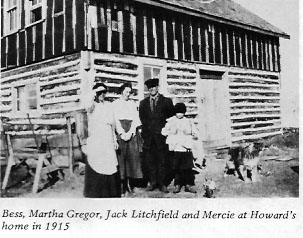 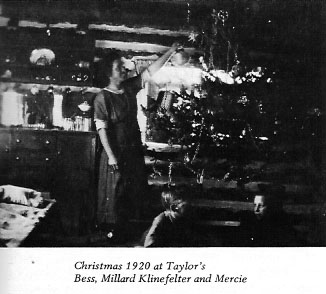 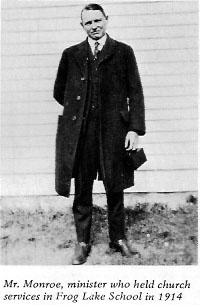 My father died in 1952, and ten years later Mother married George Hubbard. They live in northeast Seattle. My husband, Ray Ferguson, of the Ferguson Flats family, died in 1949. In 1958 I married Robert Snider. We are planning to move from Seattle to a five-acre place. I've always been a farmer at heart. My son, Stuart (Ferguson) works for the City Light Company in Seattle.