Jim, wife Jessie, and brother George moved into Heinsburg March 27, 1940 from their farm three miles south of Heinsburg and on March 27, 1941 their house burned down. They managed to save part of their furniture. They then bought a house owned by a school teacher Mr. M. Jasbec and moved it onto the same site, living there until November 1955 when Jim suffered a stroke and was hospitalized until May 1956 when he passed away. He was predeceased by his brother George in June 1946. After Jim's death Jessie spent her remaining years alone with the company of her daughter Pearl, Mrs. Rudolph Gregor, and grandchildren until she could no longer live alone. She became ill and spent her time either in the hospital or at the home of her only child Pearl until her death in August 1959. She was very good at sewing knitting and made a number of quilts. They always enjoyed company and would give a meal or helping hand to anyone. There are six grandchildren: three grandsons, George, Jim, and Donald Gregor, and three granddaughters, Jessie (Mrs. Lloyd McEwen), Janet (Mrs. Jim Dolan), and me, Alice Gregor. 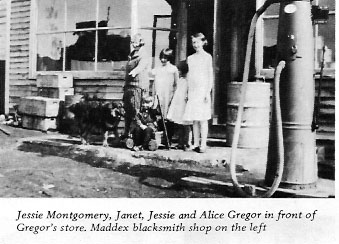 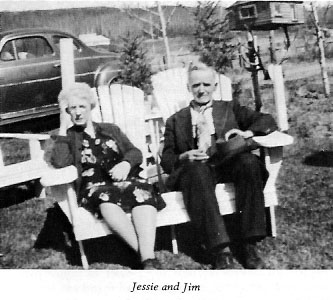