My brother, Fredrick George Hall, born in 1897 in Ontario, has a special place in the memories of the early settlers of Frog Lake. He came west with his father, George Hall, and our sister Sadie in 1912. Our oldest sister Rachel and husband Abe Granger were already homesteading here, and Fred and Sadie remained with them while Dad went back to Ontario to bring the rest of us later that fall. He was the only boy in the family and helped Dad get settled on his homestead, using oxen, a limited amount of machinery, an axe and much "elbow grease" to break enough land to obtain the title. 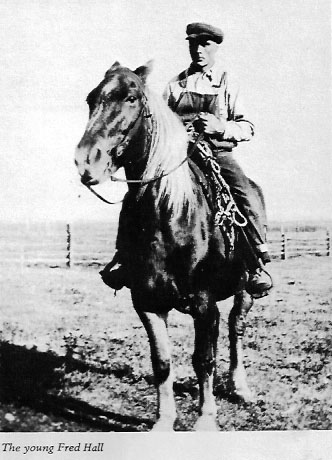 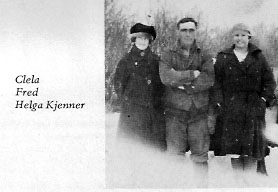 He was a "happy-go-lucky" lad and before long decided he could make a better living by working away from home. Not wanting to leave Frog Lake he worked for Dave Bristow Sr. for some time, also for Fred Bowtell and later went to help Nels and Annie Litchfield. Since the Litchfields had no children Fred fitted into their life and stayed with them for many years. In winters, the slack season on the farm, he earned extra cash working at lumber camps, saw mills and cutting ties for the C.N.R.

Local dances were the main entertainment and Fred seldom missed one. He learned square dance calls and became caller and floor manager. He had a knack of dancing as he called and alerted the crowd gathering on the dance floor, usually in school houses, with a "Yip! Yip! Yip! Right foot up and left foot down, like a barefoot nigger on frozen ground." He was exceptionally good and and was asked to be floor manager for miles around. He kept pace with the younger generations as they grew up. He never married. The children of the community loved him and he made up for what he lacked in wealth with a multitude of friends. 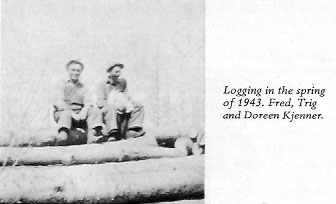 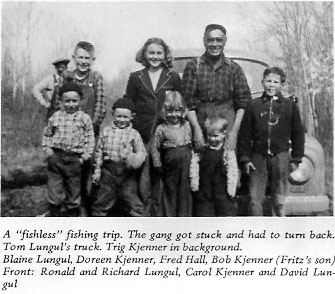 Annie Litchfield passed away in 1956 and before long Nels retired. Fred had remained with them all these years and missed them greatly. He left Frog Lake and never returned. He spent his remaining years in Whitecourt, Alberta where our sister Sadie and husband Glen Maxwell were living. He had a number of nephews and nieces in White- court and their homes were always open to him until his passing in 1966