THE HUNTS AT FROG LAKE

In October 1940 I received a letter saying I had been appointed teacher at the Frog Lake Indian Day School at Frog Lake, Alberta, and that I was to proceed there forthwith. This was a surprise as I had been informed previously that a teacher had already been appointed. We were living on a farm at Melfort, Saskatchewan at the time so we had to do a lot of arranging to get started on our move to Alberta. My parents and my wife's parents lived fairly close and they helped a great deal in the move. My father left with our household effects loaded on a truck and a trailer. A few hours after they left we got a phone call informing us that the trailer had upset, and would we bring another trailer. This we did, and after loading things on the good trailer they were off again. 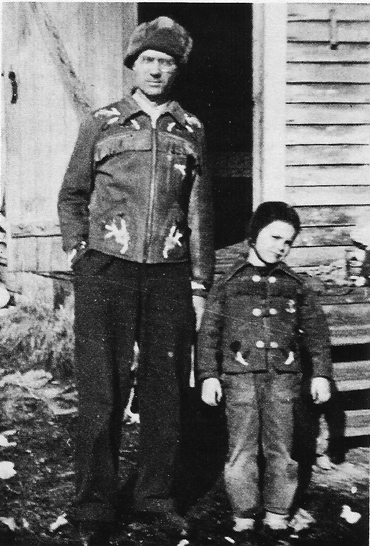 The next morning we started out with our 1929 Essex, loaded to the hilt. There was my father-in-law, my wife Agnes, and our four children, Patricia, 10 years; Colleen, 7 years; Kenneth, 5 years; and Jean, 3 years. We also had a canary and a large German Shepherd dog named Chief. The weather was fine. My old Essex was fairly reliable so long as you kept under its limit of thirty miles an hour. It would travel faster but if you did it would likely burn out a rod. I think we crossed the Saskatchewan river at least four times, all on ferries. Late in the afternoon it began to rain a bit. Darkness came early and after two flats we arrived in Maidstone where we found lodging for the night.

The weather was fine the next day and about five P.M. we came to Onion Lake, to the Indian Agency where I was to report my arrival. Mr. Lockhart, the farm instructor, wanted us to stay and continue in the morning. We thanked him but said we wanted to get to Frog Lake as my father would be expecting us. Darkness overtook us long before we got to Frog Lake store. It was strange country, the roads far from straight, so we stopped at most every farm house to ask our way. Finally, about 9 P.M. there was the Frog Lake store, a welcome sight. We made ourselves known. Alex Tarrabain, one of the storekeepers, offered to show us the way to the school. So, we followed Alex and his truck, across the bridge over Frog Creek, up the hill and north onto the reserve. The road was so crooked; we had quite a time to keep his tail-light in sight. There were mud holes, or rather water, across the road; we would have been afraid to cross if it hadn't been for the red tail-light ahead. We were glad when the school showed up, where Dad was waiting for us. We thanked Alex and he returned to his store. There was an odd smell of smoke in the air. We sound out that it came from ground fires on the reserve. 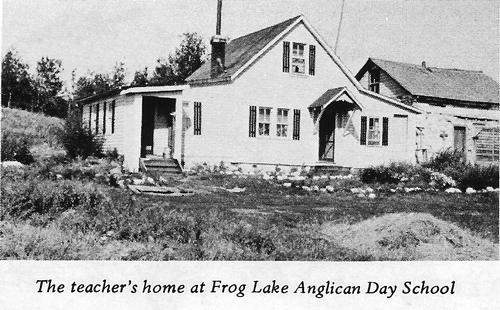 In the morning we got a look at our surroundings in daylight I can't say we were too impressed. The school was of logs. The house was made of logs but had lumber siding, and it looked fairly good. Since this was the reserve of the Frog Lake Massacre we wanted to visit the place where it happened. We found a stone cairn with a plaque. There were eight grave markers. After reading the plaque Colleen remarked, "If Big Bear is still around here, I want to go back to Grandma's."

This was an entirely new situation for us; a new country, new people to get to know. We had some experience with Indians in Saskatchewan, and Alberta Indians, we thought, would be somewhat the same. When Father left we felt as if all ties of home had been cut off and we were left all alone in a strange land, among strangers.

The next day the Indian Agent, our boss, came to see us so get us started in our new work. I soon learned that teaching was just part of our work. I was expected to be farming instructor, issue permits when the Indians wanted to sell anything, issue rations of bacon, flour, sugar, beans, rice, lard, etc. which were kept in a storehouse, take Sunday Church services, in short, to look after anything that might come up. My wife was to look after the health end of it, dispensing medicines, cough medicine, cod liver oil, salves, etc. which were kept at the reserve, replenished as needed from a supply kept at the Agency. In fact I was top "Holy Man" on the reserve. The salary was to be $90.00 per month, payable quarterly when I sent in my quarterly attendance returns to the Agency at Onion Lake. My wife got $10.00 per month for looking after the sick and dispensing medicines. 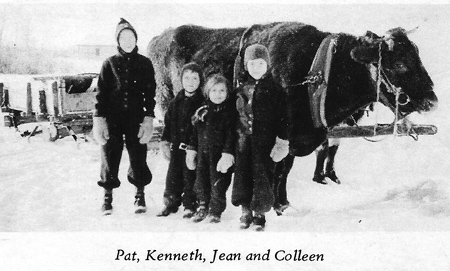 I started my duties as teacher October 28, 1940. I still have a copy of my first quarterly school return of December 31, 1940. There were 28 pupils on the register and the average attendance was 10.6. They were all well behaved so there were no disciplinary problems. As far as we knew then we were only going to stay for one year, then they (the church) would have a place for us in our home province. When the year was over we felt we would have to stay for another year as we had things started that we wanted to finish. As it turned out we were there for twenty-two years, when I was ordered to go into the Aberhart Sanitorium. They found evidence of T.B. in my X-rays. I was out in six months and worked the rest of the year for Indian Affairs in Edmonton. I left the Department then and worked as an Industrial Arts teacher at Elk Point until my retirement in 1971, and still live here. We look back at our years at Frog Lake Reserve as our good years; we raised our family there, away from the temptations of the city. The white settlers were not far from us and were very good neighbors. Fred Bristow lent us a team for the winter until we got a team of our own. The cars were put away for the winter as there was no snow-plowing then. Buildings were heated by wood, burning in various types of heaters and cook-stoves. Those that could afford it bought some coal. In spite of all the chores that had to be done, such as building fires each day, hauling water from a well, tending lamps, cleaning barns etc. we still had time to visit our neighbors. 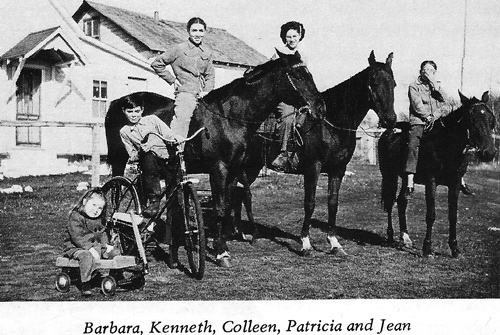 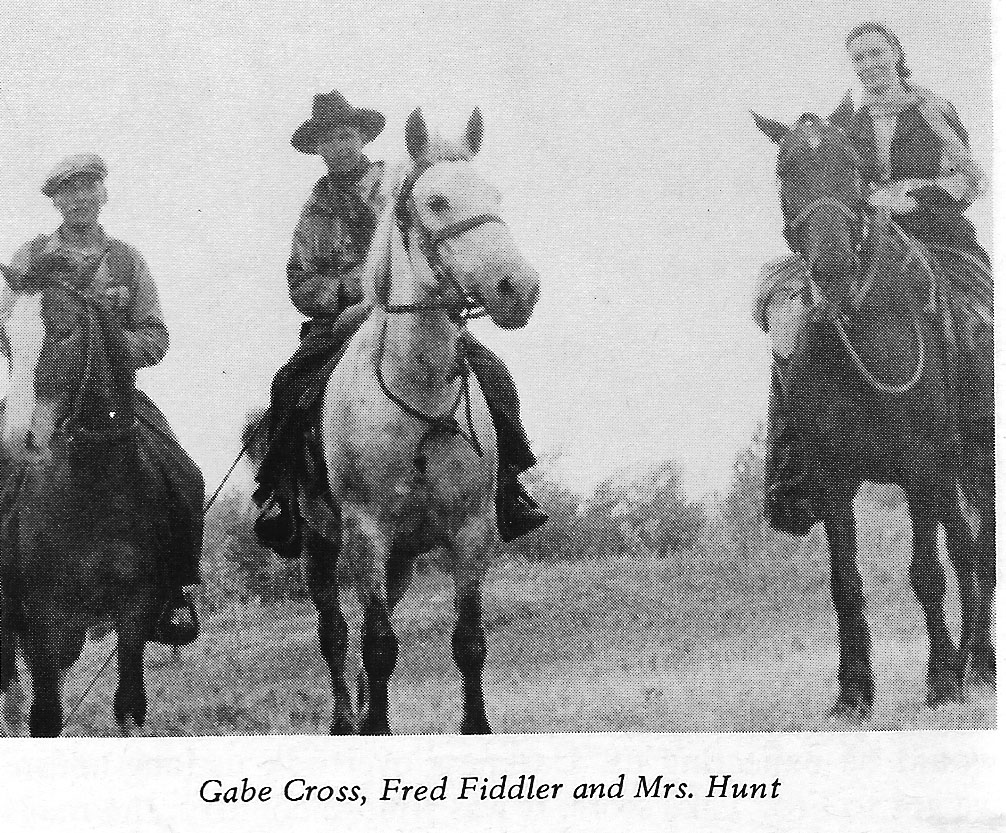 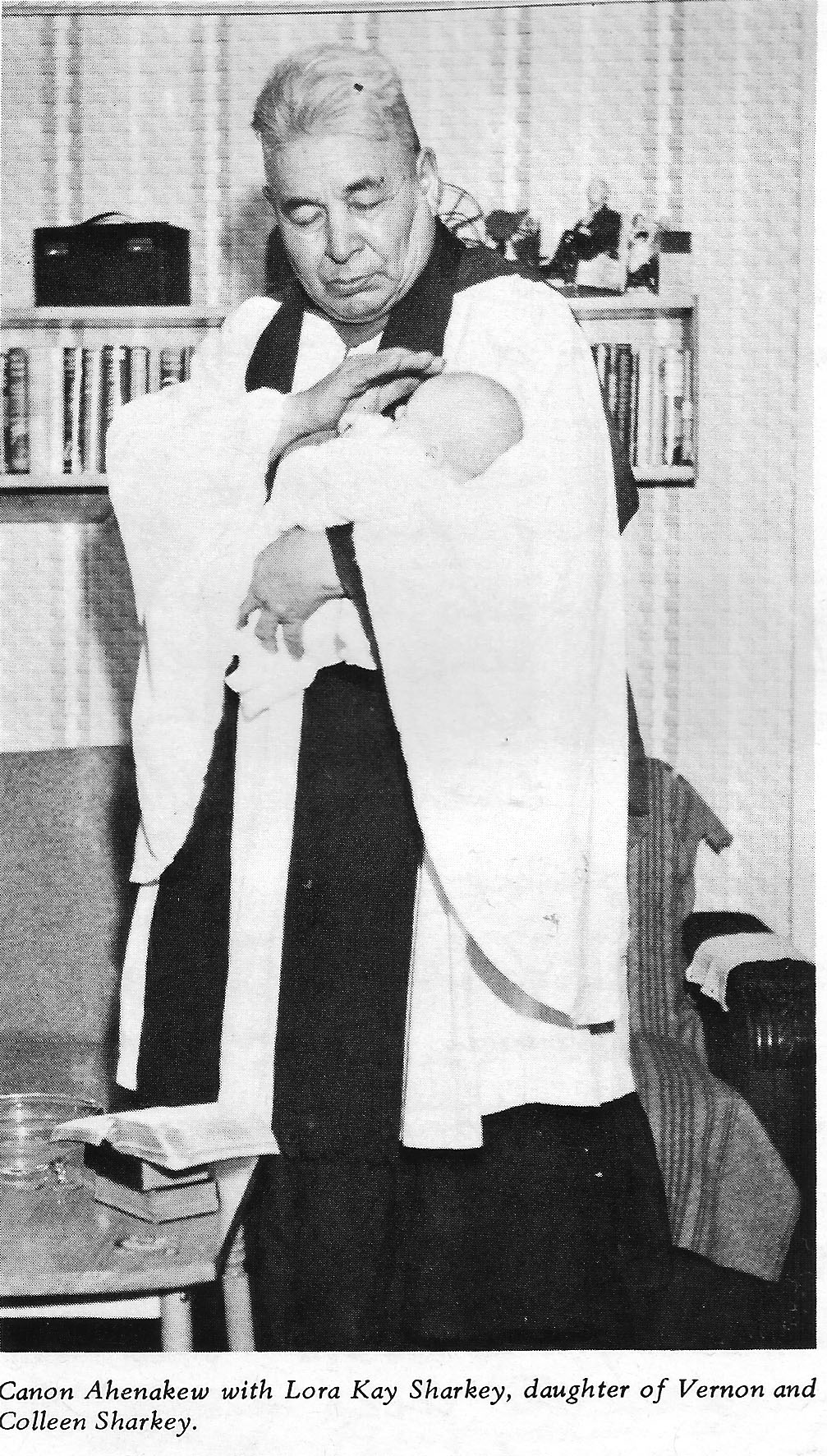 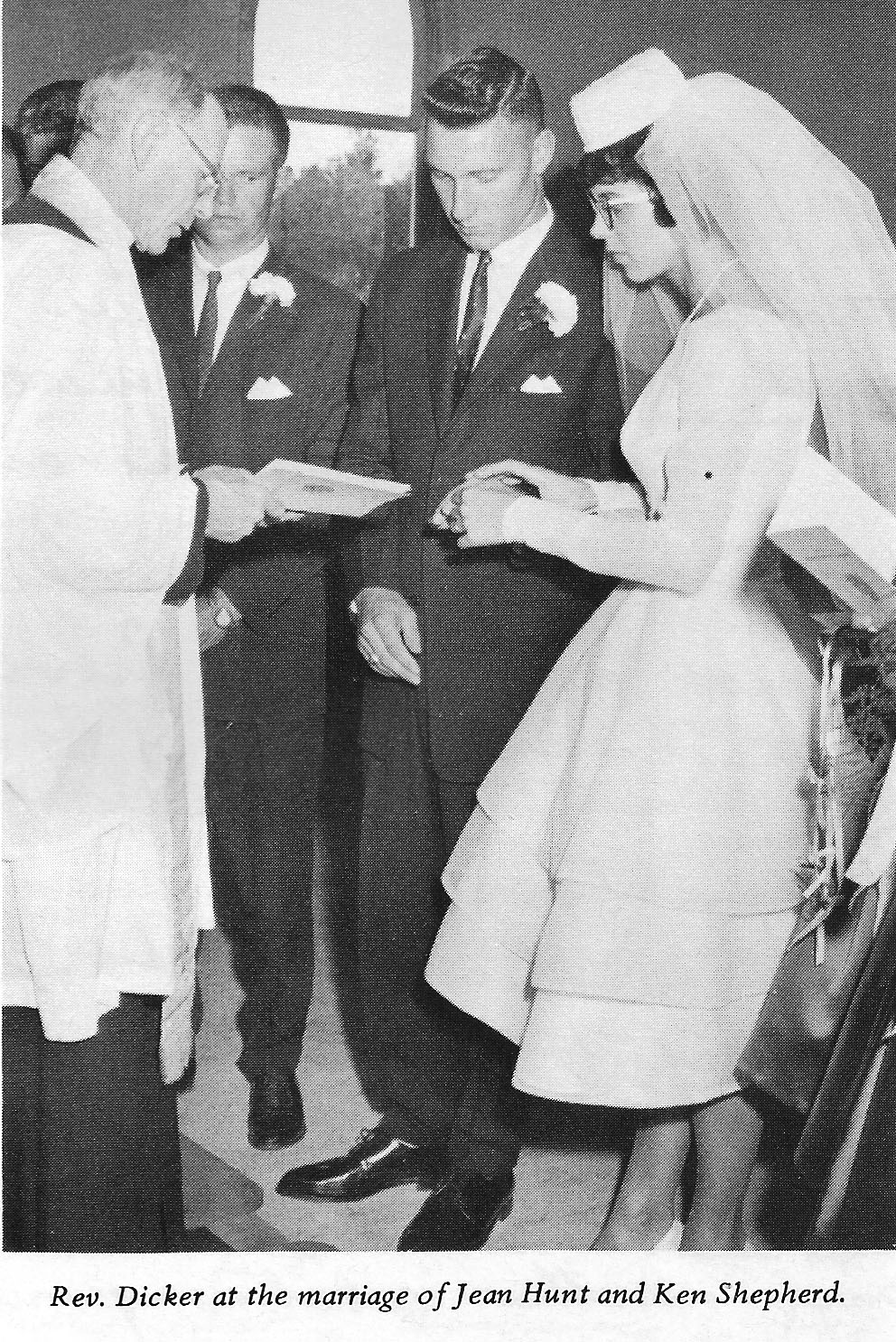