(information gathered from the family members)

Oliver Brown was born at Regent, Manitoba in 1890. His grandfather Fowler had come to Winnipeg when there was only a box car for a depot and only a few miles of railroad. In those days the Red River trail was the only way to travel through the country. It took Fowler three weeks to make the trip from the town of Winnipeg to the place where Oliver's folks lived. Oliver's mother had the Post Office at Deloraine, Manitoba for several years. 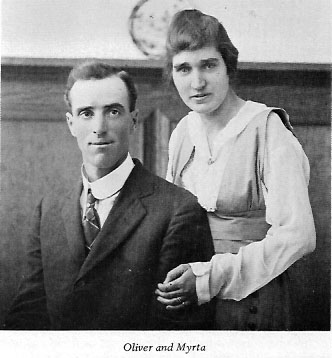 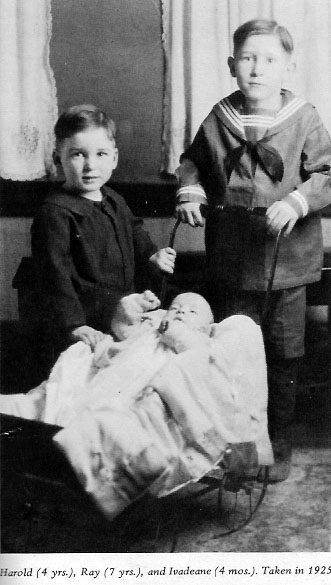 Oliver, a bachelor, came to Frog Lake in 1910. He filed a homestead on the S.E. 25-56-4-W4th, farmed and worked at odd jobs. Myrta Upchurch's uncle, Marshall Upchurch, had arrived in Frog Lake earlier and Myrta's father, Ozias Upchurch, migrated from Kentucky state, U.S.A. in 1920. She met Oliver and they were married the following year. After farming here for several years they returned to the States but came back to the homestead in 1932.

Myrta was a good seamstress and a wonderful cook. She used to make delicious homemade ice cream and very often a group of neighbors gathered at the Brown home to help eat it. Oliver was a friendly person, and liked to visit with his neighbors. Their three children, Ray, Harold, and Ivadeane attended the Frog Lake School.

Oliver continued farming until his health was failing and he bought a house in Elk Point where he lived for some time. He went to his daughter in Creston, B.C. where he passed away in 1974.

Myrta now lives in Coeur d'Alene, Idaho. Ray lives in Edmonton. He married Lloy Kossman and they have three boys and two girls, also eight grandchildren. Harold married Ruth Fewchuk; they also lived in Edmonton, and have one boy and one girl. Harold lost his life in a car accident in 1971, at the age of forty-nine. Ivadeane passed away at Creston B.C. in 1975. She had married Tom Lungul and they raised a family of six boys and two girls. 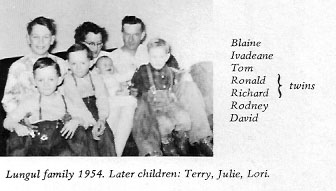 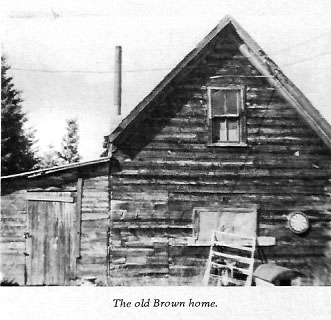