Pete Clark, another early settler, was in the Frog Lake district as early as January 1917, so perhaps had come a year or two before then. He homesteaded on N.E. 12-564-4, but it is doubtful if he ever proved up on it since he did very little farming. He was a bachelor, and much of his time was spent in the outlying sawmills and doing odd jobs for neighbors. After he left, the log house he had lived in was occupied for a short time by a family named Torrance, who raised African geese. Soon after they left, a fire, caused by a carelessly abandoned campfire, swept over the quarter destroying the house and endangering the Sillem home on the next quarter south. "Pete's Quarter" became open range for several years until, in 1933, the Frog Lake Community purchased twelve acres and built the community hall beside Pete's old cellar. Bob Smith presently owns the rest of the quarter.

Abe Lawrence, likewise a bachelor, homesteaded the quarter west of Pete. He drove a team of high-stepping horses on a covered buggy. Abe built his log house near the spring that has such lovely clear water. He only stayed on the homestead a few years before moving to a farm he purchased near the Greenlawn picnic grounds, south of the river. Jack McGowan purchased the land for pasture.

Mr. and Mrs. Eberhardt took up farming on the S.E. 1456-4-4, near the north shore of Ross Lake. They were of German descent, and he was a cook by trade. In 1914 he cooked the wedding feast for Maggie Bristow and Billy Jamison. The Eberhardts used to raise pigs, which they kept on the island in Ross Lake during the summer months, hauling feed to them in a rowboat. This saved the work and expense of fencing a summer hog pasture. One record indicates Mr. and Mrs. Eberhardt were still living in the district in 1919. 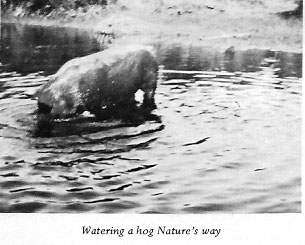 John and Susan Fry settled on the quarter that the Eberhardts had left. They were an elderly couple who were here in the early 1920s. Their son Floyd, with wife Alice and children Gordon, Roy and Virginia, either came with them or shortly afterward. Another son, Robert, was born some years later at Frog Lake. The family lived on S.E. 8-56-3-4 for a while and John worked for various neighbors, among them being Arthur Kennedy and Harry Bowtell. After they moved to Ross Lake they boarded Miss Gertrude Weeks, a Frog Lake school teacher, for a term or two in their snug little cottage. Rev. John Thorpe, an unmarried United Church minister, also boarded with them for some time. He used to show lantern slides to his congregation upstairs in Harry Bowtell's old granary. His mode of travel was a bicycle, which he quite often rode long distances, sometimes as far as Vermilion. 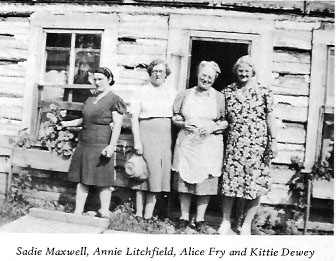 Floyd and Alice Fry settled on S.E. 14-56-4-4. Gordon, Roy and Virginia went to Frog Lake School. Gordon joined the baseball team and participated in other sports. The Frys all left the district around 1929. Mr. Henry Dalaeoo (not sure of spelling) was a United Church student minister who was sent into this field in 1930. He travelled by horseback, using horses borrowed from his church members. His home while here was bachelor quarters in the old Fry cottage. In 1931 he was replaced by another United Church theological student, Johann Overbo, who boarded himself in the old Bill Robinson House, which later became the residence of the Full Gospel Mission pastors. Donald DeMills was a United Church student and boarded with Mr. and Mrs. Jenner Sr.

Mr. and Mrs. Wm. (Bill) Ryley and their three children, Patricia, Colleen, and Delbert, lived in the Fry cottage for a time. They were in the area in 1929 and were still here in 1932. Mr. and Mrs. Willis, with daughters Myrtle and Grace, also lived in the cottage which was eventually destroyed by fire. Fritz Younghans is now owner of that quarter section. 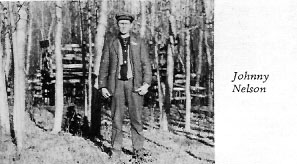 In those early days there were quite a number of bachelor neighbors who were always available for an evening of cards or checkers, and almost every family invited one or more to share the Christmas or other festive meals. In fact it appears that most of them were welcome to drop in at any time. For some reason more than a few escaped from the district with their freedom intact. There was Bert Tandy who came from London, England, to De Winton, Alberta, and in 1910 homesteaded at Frog Lake on N.E. 13-56-4-4. He joined the army in 1915. After the war ended he never came back here but worked in dining cars for the C.P.R. and as cook in C.P.R. - owned hotels. He passed away at Bradner, B.C. Johnny Nelson, a young bachelor, proved up on S.E. 32-55-3-4 sometime before 1916. Little is remembered of him except that he went to Vermilion before 1918 with the intention of mortgaging the land, planning to come back and farm. For some reason he never came home, and the only memory of him available to us is this picture. Frank Franks later became owner of the land. Roy Bristow is current owner. 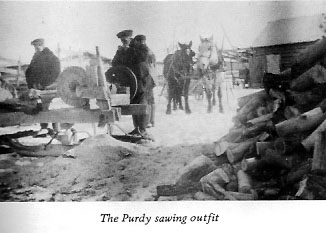 The Fred Purdy family were in the Frog Lake district from 1912 until the early 1930s, and homesteaded on S.E. 23-56-44. Their children, Beulah, Wayne, and twins Beatrice and Bernice, were all born at Frog Lake and attended Frog Lake School. Another boy, one year old Meryl Fredrick, was the first person buried in the Frog Lake Cemetery. Fred owned a combination wood sawing and grain chopping outfit and did custom work for the neighborhood. This seems to have been the first outfit of its kind in the district. 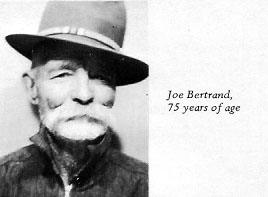 Joe and Mrs. Bertrand lived on S.E. 6-56-34. They came from Oklahoma, U.S.A. around 1917. He was a typical cowboy sort of person, while his wife was quiet and seemed quite content to let him be boss. Their farming activities were mainly cattle and horses, so the haying season was most important to them. They owned a big dappled grey stallion, named Ben, that they used to tether out with a logging chain. Lightning struck, killing the horse and welding the links of chain together so that the chain could be picked up like a stick. Ed Nelson's cow was also struck by lightning; this was just across Frog Creek from Bertrand's. Frank Franks and Holmes lost a pig each to lightning. From then on that area was locally dubbed "Lightning Hollow." The Bertrands had a family of four; Lucy, Gene Boynton, and twin girls. One of the twins, Bernice, passed away when a small baby. They left here around 1920 and were in Colorado Springs, Colorado when last heard from. 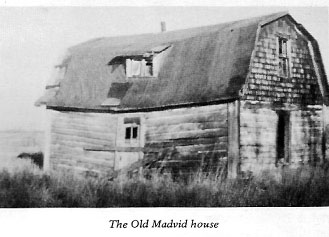 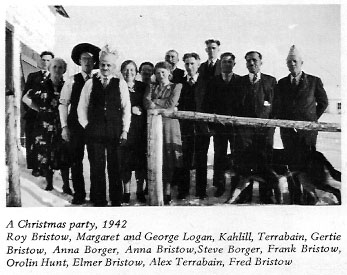