MY MEMORIES OF FROG LAKE

My folks, Jack and Irene Curtis, and family, Albert, Hester, Pat, and Irene, came to Frog Lake in June 1923, by covered wagon. We landed at Grandpa Robinson's place just in time for supper. He had fresh fish he had caught in Laurier Lake. I'll always remember how good those fish tasted. We got a royal welcome. All the neighbors were eager to help and get acquainted: Litchfields, Browns, Bristows, Bowtells, Nichols, Grangers, Upchurches, Franks, Jenners, Madvids, Darringtons, who were new to the country, also Kjenners and Thompsons. 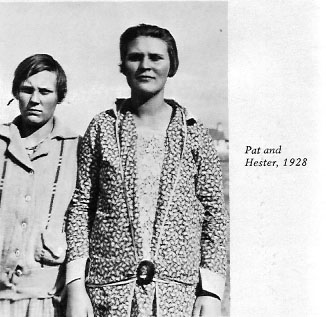 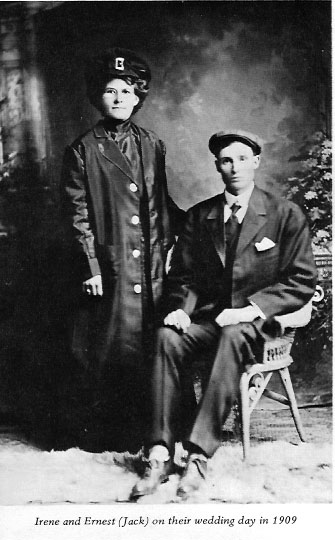 My father homesteaded land about two miles east of Laurier Lake, but Dad was never really a fanner, rancher or stockman. We had lots of hardships, but lots of good times. Dad was an old time fiddler and loved to play for the dances in the school houses and in the upstairs part of Harry Bowtell's granary, which was used for a community hall. I was quite disappointed when I first returned to Frog Lake on a visit to see it had been torn down.

My folks moved away from Frog Lake in 1927. We were on our way back to the States where we came from before coming to Canada. Plans were changed and we stopped at Provost, Alberta, where I still live. Mother, Dad and Albert have all passed away. I go back to Frog Lake once in a while, as I have many fond memories of my school days and some of my old school chums still live there. 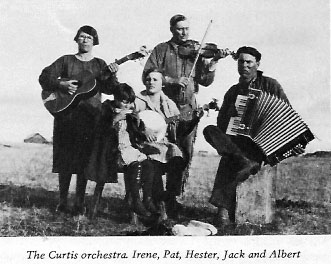 Elizabeth Darrington and I were present the day of the unveiling of the monument at Frog Lake, 1925. My dad was a great friend of the Indians. In his later years Dad was blind, but could remember and talked about the years at Frog Lake, Little Joe Kecheno and Freddie Fiddler, and the Rahall Brothers who owned the store.