Introduction to Land of Red and White

To date, (1975), very little has been written of this part of North Eastern Alberta except historical articles and stories of the North-West Rebellion, 1885, that resulted in the Frog Lake Massacre. It is both fitting and gratifying that research reveals that the Woods Cree of Frog Lake were exonerated by the Whites who survived the ordeal of the massacre.

The area covered in LAND OF RED AND WHITE extends within an approximate sixteen mile radius, taking the hamlet of Frog Lake as the center. This includes the Frog Lake Indian reserves of Unipouhious No. 121 and Puskiakiwenin no. 122 and the Districts of Frog Lake - Martin, Heinsburg - Lake Whitney, Norway Valley, Primula, Fishing Lake Colony (Sputinow) - Acomb.

Here, as the book reveals, people have dwelt in harmony for the past century despite different ethnic backgrounds. This is a rugged land, developed by a hardy people whose determination and ingenuity have contributed toward a continuing progress.

Since the invasion of their homeland by whitemen our Indians, until very recently, found much difficulty in expressing their ideas and basic feelings in a way that white people understood. The attitude of the old time Indian, which the settlers mistook for childlike simplicity, proved to be a natural curiosity of unfamiliar things, similar to the wonderment of the country lad who gazed open-mouthed at the skyscrapers and other unfamiliar wonders during his first visit to a big city. Past experience had taught the Indians well and they were fearful of the change to their customary way of life that they knew would follow the white pioneers.

People make history, and the authentic articles and family biographies make up a book of interesting and informative reading, giving insight into the progress of this district since the pioneers began moving in after the uprising. While we cannot claim to be first with much of the historical data, we, who compiled this book, think it is unique in that Indians, Whites and Metis have been given the opportunity to express their respective viewpoints on an equal and friendly basis. Neither we who compiled LAND OF RED AND WHITE, or those who wrote the family biographies claim any professional status. We accept that recorded dates are accurate, however there may be some slight discrepancy of dates in memories handed down from older generations. For these and any other errors or omissions we apologize and ask our readers to bear with an overlap re locations and people in other books. Lives and interests of people are not limited by geographical boundaries. 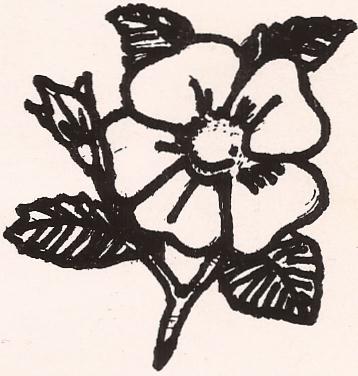 'I sought my soul, but my soul I could not see,

I sought my God, but my God eluded me,

I sought my brother -- And I found all three."