Mother and Dad, George and Margaret Logan, were married in North Dakota in 1901 and after proving up on an eighty acre homestead in 1906 they loaded a box car with settler's effects and headed to Taber, Alberta. Dad filed on a quarter 35 miles north-west of Taber that was to be later known as the Sundial district. They drove out to the homestead in a covered wagon and built a shack and plowed fire guards. For some time water was hauled from the Little Bow River, a distance of seven miles. Taber was the closest town until 1913 when a branch line was built to Retlaw. We were then only 13 miles from town. At the time they left Dakota there were two children, myself (Alfred) and my sister Evelyn. Wilfrid was born on the homestead in 1910 and it was about that time that Grandma Johnston came to live with us. She made her home with Mother and Dad up to the time of her passing in 1945. Knitting socks and mitts and making quilts was her favorite pastime.

The first crops on the homestead were very poor, but as Dad was a good horseman he could always get work on construction or freighting supplies to make a few dollars. There was nothing but prairie as far as the eye could see. Coal had to be hauled from Taber or Lethbridge for cooking and heating. Prairie fires used to run for miles.

Sundial school was built in 1910, three miles from our homestead. About that time a young doctor filed on a place a mile and a half from us. He started farming with three oxen and a cow. He could plow the crookedest furrow that was ever seen. The first good crop was a bumper one in 1915 and the price was good so Dad decided to sell the farm and go into the cattle business. In the spring of 1916 we moved to the Wintering Hills country, forty miles from Bassano. Another member was added to the family in December of that year, when brother Roy was born in the Bassano hospital. Three years later our sister Leola was born on the ranch.

Dad had been corresponding with some cousins at Vermilion so after looking the country over we pulled up stakes once more and moved to that district in the fall of 1920. In the fall of 1921 brother Dean was born and now we were six! The next ten years were quite good but the depression was on us then and Dad decided to try homesteading again. He looked over the Peace River country but Frog Lake was chosen. (I'll let Roy tell about their experiences on the homestead.) 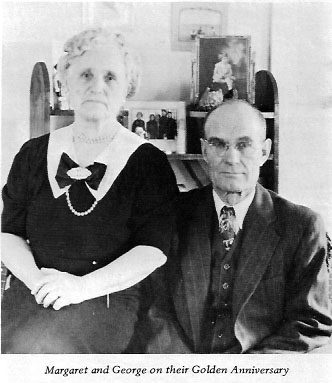 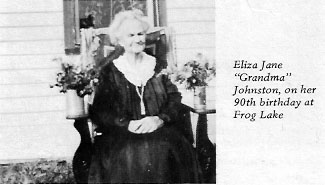 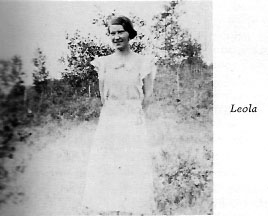 Our parents suffered their greatest loss at that time with the death of their daughter Leola. Our grandmother and sister are buried side by side in the Frog Lake cemetery.