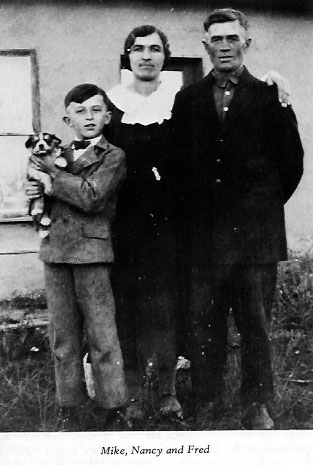 Fred and Nancy's only child, Mike, married our daughter, Olga, in 1951. At Christmas of 1959 their oldest son, Randy, transferred from the Grade I class at Heinsburg. Mike had been hired for a job in a grain elevator at Andrew. Before the term was done he was transferred to Egremont, and Randy again changed schools. Mike later bought grain at Hilliard

The family now lives (in 1975) in Beverly and Mike drives truck for Alltrans. The three boys are in the city. Daughter Gail lives in Penhold, Her husband works at a Red Deer funeral home.